A Remembrance of Billy Preston & Playing With The Beatles

Few musicians can claim to have played with so many superstars of pop and rock and to have inspired so many audiences as Billy Preston. Along with backing both the Beatles and the Rolling Stones, he was associated with such influential artists as Ray Charles, Aretha Franklin, Quincy Jones and Sly Stone.

Besides his eminent backing work, he scored hits with such songs as “That’s The Way God Planned It,” and “Nothing From Nothing,” wrote Joe Cocker’s will biggest solo hit, “You Are So Beautiful.”

Singing with his church choir, he appeared locally playing organ with Mahalia Jackson when he was 10. By the age of 16, he had been selected to play with Little Richard on a 1962 tour of Europe. They had planned to play gospel but the kids wanted rock ‘n roll. “It was quite an experience,” he remembered in an interview on Maui. “It was the first time I had ever played rock ‘n roll. In England the kids were wild, they would have to call the guards.”

Preston first met the Beatles in Hamburg, Germany, when they opened for Little Richard. The tour also featured Sam Cooke. Later in the mid-1960s he was hired to play with the house band on the TV music show Shindig. Preston’s impressive imitation of Ray Charles caught the attention of the legend and Charles hired him to play with his band.

After a concert in London while touring Europe with Charles in 1968, George Harrison invited Preston to attend a Beatles’ recording session. At the Abbey Road studios, the Fab Four were in the midst of “Get Back” and Paul McCartney invited Preston to join in on organ. His playing was so well received that the Beatles credited his contribution – the Beatles with Billy Preston – and thus began a fruitful collaboration.

Buying up his old contract, the Beatles signed Preston to their Apple label. As the fifth Beatle, he played on the album’s “Abbey Road,” “Let it Be” and “The Beatles” (the White album) and also performed with the group on their last live gig atop the roof of the Apple offices.

“I was treated as a Beatles and it was wonderful,” he recalled. “I stayed with George and they were very nice to me. They said, just play whatever you feel, and it was great to watch them work in the studio, they were so creative.”

It was during this period, with George Harrison producing, he made an album featuring the exuberant title song “That’s The Way God Planned It,” with Harrison and Eric Clapton on guitar.

The song was a highlight of the Concert for Bangladesh, where Preston was backed by Harrison and Clapton along with Leon Russell and Ringo Starr. It was inspired by Let it Be,” he explained. “One day I was in the studio playing “Let it Be” and it kind of went right into “That’s The Way God Panned It. It’s a testimonial song for me because everything that’s happened to me has been the way God planned it. I never expected to do the things I’ve done or had to be pushy, everything has been a blessing.”

Preston was later asked to work on a number of solo Beatle projects including John Lennon’s Plastic Ono Band, George Harrison’s “All Things Must Pass,” “33 1/3” and “Dark Horse,” and Ringo Starr’s “Ringo” and “Good Night Vienna.”

Traveling the US with Harrison on his 1974 Dark Horse tour, Preston routinely stole the show with his high-energy performances. Some critics even labeled it the Billy Preston show.

A frequent player with the Rolling Stones, he helped ignite the stones massive 1975 tour of the Americas, rousing crowds with his joyful music.

Gospel was Preston’s initial inspiration and it imbued his playing all his life. “There was always gospel music around and it’s been my foundation, he recalled. “Before I go on stage I usually have a few seconds of prayer and meditation to put myself in the right spirit.”

“I love to play and when you see people enjoying themselves it gives you inspiration,” he said. “I just lose it and go crazy. Even though we do the same songs, each time there’s always something different. I like to work on inspiration and to what the spirit tells me to do.” 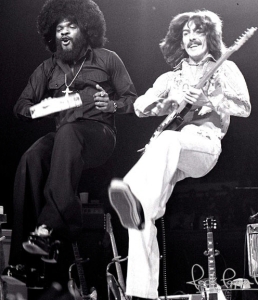 The Holy Grail of Energy – Free?

The Times of India has reported on an engineer, 80-year-old Paramahamsa Tewari, who has received validation for a special generator – a super high-efficiency machine that produces power from a vacuum.
“A prototype of the machine tested by Kirloskar Electric exhibited 165% efficiency, said Murlidhar Rao, former director of Karnataka Power Corporation (KPCL), assisting Tewari. Through an agreement signed earlier, the Kirloskar group company can now enter into a contract with Tewari to commercialize the machine.

“The breakthrough for Tewari, a former director of the Kaiga Atomic Power Station, came last year when his machine achieved an efficiency of 238%, which means it produced 2.38 times the electrical power provided to it initially, making it the first to achieve this. This essentially defies the Law of Conservation of Energy – and in the case of electrical generators, Lenz’s Law, which forms the basis of mechanics and thermodynamics laws that suggests machines cannot attain over a 100% efficiency.

“The generator requires an initial infusion of power through a battery or AC supply, following which it produces power sustaining itself on electrons in a vacuum, without requiring external supply.

“Space is the only reality, and has the potential to produce massive amounts of power if put through right technology,” said Tewari, who has applied for an international patent for his device in the US. “Power can be provided to rural areas. The problem of rising power consumption, especially for industries, can be solved. The conventional generator cannot go more than 90%. This one can exceed 200%.”

“Previous theories identified space as a source of energy, but no one has acted on it till now,” said PR Magheshwaramurthy, a retired physics professor at Bengaluru-based Raman Research Institute of Technology.

Paramahamsa Tewari was born in 1937, and graduated in Electrical Engineering in 1958 from Banaras Engineering College, and held responsible positions in large engineering construction organizations, mostly in nuclear projects of the Department of Atomic Energy, India.

Over the last four decades his new ideas on the basic nature of space, energy, and matter have solidified into definite shape from which a new theory (Space Vortex Theory) has emerged. The theory reveals the most basic issue of relationship between space and matter precisely pinpointing that space is a more fundamental entity than matter.

He has lectured at international conferences in Germany, USA, and Italy on the newly discovered phenomenon of Space Power Generation.

For the practical demonstration of generation of electrical power from the medium of space, Tewari has built reactionless generators that operate at over-unity efficiency, thereby showing physicists have been wrong about the nature of space for 110 years and he has shown that space is the source of energy for the generation of basic forms of energy.

Starting with principles described in the Vedic texts, Tewari was able to delineate a mathematical model that explains the words of Nikola Tesla when he said:

“All perceptible matter comes from a primary substance, or tenuity beyond conception, filling all space, the akasha or luminiferous ether, which is acted upon by the life giving Prana or creative force, calling into existence, in never ending cycles all things and phenomena.” – Nikola Tesla,“Man’s Greatest Achievement,” 1907

Tewari says: “The universal matter is created out of prana since prana is aakaash in motion, and aakaash is the primordial superfluid substratum of the universe.” 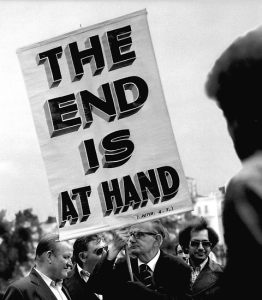 Australia’s news.com reports: “A PERFECT storm of religious prophesy, astronomical phenomena, global conflict, financial instability and natural disaster is conspiring to make this month’s “blood moon apocalypse” the most dreaded doomsday ever. On September 28, God and science will collide in spectacular fashion with the fourth lunar eclipse in just two years — a series known as a “tetrad” — each coinciding with a Jewish holy day. END_OF_DOCUMENT_TOKEN_TO_BE_REPLACED

Why Bees Are Dying

Harvard Gazette reports on a new study that found pesticides in 70% of honey sampled in Massachusetts. The study shows that the honey samples contain at least one neonicotinoid, the pesticide class that biotech companies say have nothing to do with the bee die offs we are seeing around the world. END_OF_DOCUMENT_TOKEN_TO_BE_REPLACED

No Scientiific Consensus on GMO Safety

You’ve probably read how all scientists think GMOs are safe and it’s only the ignorant public that questions their safety. That’s what the biotech industry and most mainstream media would have us believe. Well, turns out, the scientist part of the equation is not true. Tufts University researcher, Sheldon Krimsky, recently published an assessment of the last seven years of peer-reviewed evidence, finding 26 studies that “reported adverse effects or uncertainties of GMOs fed to animals.” END_OF_DOCUMENT_TOKEN_TO_BE_REPLACED 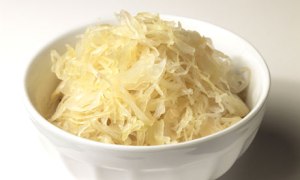 The best way to prevent anxiety may be to balance gut bacteria. Eating probiotic-rich fermented foods is associated with less social anxiety, according to a new study published in Psychiatry Research. END_OF_DOCUMENT_TOKEN_TO_BE_REPLACED

Science Daily reports PLOS ONE is publishing a study on chestnut leaf extract, which is rich in ursene and oleanene derivatives, that blocks Staphlococcus aureus virulence and pathogenesis without detectable resistance. The use of chestnut leaves in traditional folk remedies inspired the research, led by Cassandra Quave, an ethnobotanist at the Emory School of Medicine’s Department of Dermatology. END_OF_DOCUMENT_TOKEN_TO_BE_REPLACED

How ISIS Justifies Their Barbarity

For many of us wondering about the threat of ISIS and how they can justify their horrendous acts, The Atlantic published an insightful article by Graeme Wood, “What ISIS Really Wants.” It discloses how their barbarity is part of medieval tradition and how they are eagerly waiting for the apocalypse. The following liberally quotes from the article.

Princeton scholar Bernard Haykel, who was born in Lebanon, is considered the leading expert on the group’s theology. “Slavery, crucifixion, and beheadings are not something that freakish [jihadists] are cherry-picking from the medieval tradition,” Haykel said. Islamic State fighters “are smack in the middle of the medieval tradition and are bringing it wholesale into the present day.” END_OF_DOCUMENT_TOKEN_TO_BE_REPLACED

On August 14, 2015, retired General-Director of the World Health Organization and former Prime Minister of Norway, Dr. Gro Harlem Brundtland, was interviewed by the Norwegian newspaper Aftenposten. She reported she uses cell phone as little as possible. END_OF_DOCUMENT_TOKEN_TO_BE_REPLACED

4 Comments Posted by jonwoodhouse on September 1, 2015

Revered Hawaiian kupuna Nana Veary was an embodiment of the true meaning of aloha. She was born in 1908, and reared by her Hawaiian elders in an environment where language, fishing, healing, building and all aspects of life were firmly rooted in nature. In her insightful book “Change We Must” she recounted her spiritual journey from Hawaiian ‘aumakua to Pentecostalism to Unity to Zen Buddhism. END_OF_DOCUMENT_TOKEN_TO_BE_REPLACED