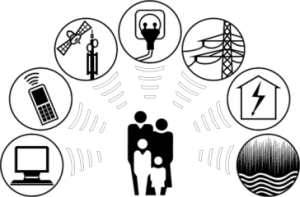 On August 14, 2015, retired General-Director of the World Health Organization and former Prime Minister of Norway, Dr. Gro Harlem Brundtland, was interviewed by the Norwegian newspaper Aftenposten. She reported she uses cell phone as little as possible.

Dr. Brundtland said she has to keep the phone far away from her head. “I can not have mobile rays up here. When I get instant headache. My body has responded to the mobile radiation for 25 years,” (Norwegian into English using Google translate).

The former Norwegian prime minister believes research results show that there is no doubt that there are negative aspects of the waves that hit people because of cell phones and other technological devices.

On Sept. 4, following the 5th Paris Appeal Congress that took place on the 18th of May, 2015 at the Royal Academy of Medicine, Brussels, Belgium, a group of 25 prominent international health, medical, research, and political professionals, released a statement encouraging the World Health Organization to recognize electrohypersensitivity (EMS) and multiple chemical sensitivity (MCS) as real diseases, and include them in the International Classification of Diseases.

“Although our scientific knowledge still remains to be completed, we unanimously acknowledge this serious hazard to public health,” they wrote.