Why Working Before 10 a.m. Is Equivalent To Torture – The Science 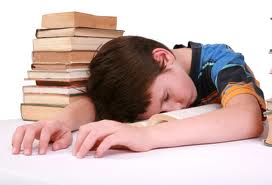 It turns out that working before 10 a.m. is biologically unnatural. According to researcher Dr. Paul Kelley, of the Sleep and Circadian Neuroscience Institute at the University of Oxford, forcing staff to work before 10 a.m. is equivalent to torture. It is also making employees ill, exhausted, and stressed.

Kelley told Canada’s National Post: “Before the age of 55, the circadian rhythms of adults are completely out of sync with normal nine-to-five working hours, posing a “serious threat” to performance, mood and mental health.”

For this reason, Kelley believes there needs to be a world-wide change in work and school starting times so that they can fit within the natural clock of humans.

Studies examining circadian rhythms have shown that the average 10-year-old will not fully focus on academic work until 8:30 a.m. According to the researcher, a 16-year-old should start at 10 a.m. for best results and university students should start at 11 a.m.

Dr. Kelley believes a simple delay in school times could improve grades by 10 percent. Formerly a head teacher in Tyneside, he put his theory to the test and changed the school start time from 8:30 a.m. to 10 a.m. Amazingly, the number of top grades rose by 19%!

“We’ve got a sleep-deprived society,” he says. “It is hugely damaging on the body’s systems because you are affecting physical emotional and performance systems in the body. Your liver and your heart have different patterns and you’re asking them to shift two or three hours. This is an international issue. Everybody is suffering and they don’t have to.”

Kelley has been working with fellow Oxford neuroscientist Russell Foster and Steven Lockley of Harvard Medical School to push for a sea-change in the approach to sleep for children.

The problem goes beyond merely feeling tired, Kelley said. If a child gets less than six hours sleep a night, over the course of a week this can lead to more than 700 changes in the way their genes behave.

Similar changes are not seen in children who get eight-and-a-half hours sleep a night. He said illnesses as serious as schizophrenia often developed at an age associated with the beginnings of sleep deprivation problems.

Like Loading...
Health
← Say No To GMO Bananas in Hawaii & Biopiracy News Carcinogenic Glyphosate in Tampons and Sterile Gauze →