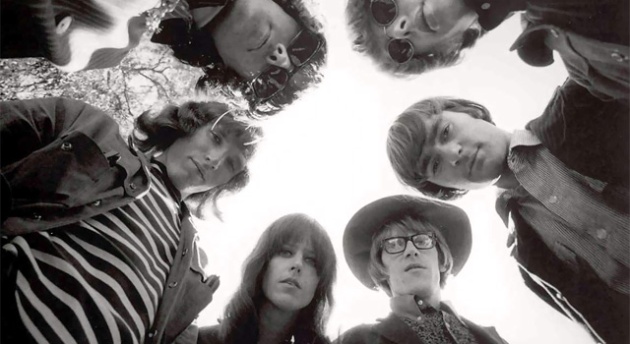 “Marty (Balin) and me are sort of like Rogers and Hammerstein in our own way,” Jefferson Airplane’s Paul Kantner told me in an interview some years back. “There’s a nice love/hate tension that finds its way into our best songs.” Kantner, the pivotal co-founder of the iconic San Francisco-based psychedelic rock band, has sadly left us (bizarrely on the same day as original Airplane singer Signe Anderson), another musical great departing the planet in early 2016.

The Airplane’s literate visionary was known for his science-fiction based imagery, penning songs like “Crown of Creation,” “Have You Seen the Saucers” and the “Blows Against the Empire” saga.

“I was in Catholic military boarding school in second grade – I used to call it nuns and guns – and one day I found this whole raft of Catholic science fiction by C.S. Lewis,” Kantner explained the dawn of his love for futuristic fiction.

“I progressed through my teen years and into my 20s and 30s ravenously devouring the concept of imagination beyond the beyond and it found its way into my music. There’s not too many science fiction rock stars. I have a niche of my own that I appreciate and enjoy.”

Influenced by the folk-rock sound of the Byrds, Kantner and Balin met in the spring of 1965, and the duo set about assembling the group that became Jefferson Airplane.

“It didn’t start out as the rock ‘n roll behemoth it became,” Airplane guitarist Jorma Kaukonen explained a couple of years ago. “We were really a folk rock band, but it was a huge shift. I don’t normally listen to a lot of my old stuff, but sometimes you get into it and I remember how demanding it was for me to figure out what to do because it was so totally outside my comfort zone and that was exciting. Paul (Kantner) and Marty (Balin) and Grace (Slick) wrote these great songs that were so different from the kind of stuff that I wrote that it was a real challenge to figure out something to play with them.”

At the beginning they were paid $50 a week salary. “It’s laughable by today’s standards, but it was a big deal,” he noted. “My apartment was only $80 a month.”

“Jorma had gone out there and met a bunch of folk musicians,” Airplane bassist Jack Casady recalled. “I had been playing in a lot of R&B bands in Washington, and Jorma said, he had just joined a folk rock group. And I said, what, you the purist? He said, ‘we’ve got a manager that promises to pay us $50 a week whether we work or not. Do you want to come out?’ I said, you’re on.”

Their evolution from folk to acid rockers was inspired by a desire to create original music and the cultural freedom San Francisco nurtured. “When I was in high school at night I’d see people like John Coltrane, Miles Davis and Thelonious Monk; and I’d see (comic) Lenny Bruce and (poets) Kerouac and Corso read,” Marty Balin told me.

“It was very experimental. And the main thing was we wanted to be original. Once in a while we’d get a job and they’d say, ‘will you play these hits,’ and we’d say yes, and play all original stuff and after the first set they’d fire us. Eventually everything turned around.”

It was bassist Jack Casady who suggested Grace Slick join the group. “Grace was with the band Great Society and when (singer) Signe Anderson left after the first album we were looking for a female singer. I thought Grace was the best that I saw in the city. I asked her to come to one of our rehearsals and she liked it and stayed.”

The replacement of the band’s original female lead singer with Grace Slick helped fuel its meteoric rise. Slick possessed an amazingly powerful voice, and she also had a songwriting gift to add to those of Balin and Kantner. Slick delivered the group’s first two hits, the psychedelic anthem, “White Rabbit” and “Somebody To Love.”

With the release of the Airplane’s third album, “After Bathing at Baxter’s,” Kantner emerged as the dominant creative force composing three-fourths of this archetypal acid-rock opus.

At its peak the Airplane utopian vision combined with its brilliant acid-rock ventures created a vibrant force unrivaled by any other band at that time. The superb “Bless it’s Pointed Little Head” and the recently released “Live at the Fillmore East” capture the band’s potent dynamism on stage – an unrivaled amalgam of soaring vocal harmonies, inspired jamming, complicated rhythms, melodic songs, and furiously wailing guitars.

“I’m very proud of it,” Jack Casady noted last year about “Bless it’s Pointed Little Head.” “It really captured a particular time. It captured an incredible amount of energy and song development that was quite amazing.”

When Jefferson Airplane disbanded in 1972, Kantner and girlfriend Grace Slick re-tooled the group into Jefferson Starship. The more smoothly polished Starship ensemble rapidly soared, achieving a level of commercial success never attained by the Airplane. Hits such as “Caroline” and “Miracles” made the group one of the nation’s top rock acts in the ’70s.

Feeling increasingly out of step with the band’s reliance on formulaic songs, Kantner quit in 1984, and after much legal wrangling, the group proceeded without him as Starship. This radio-friendly ensemble fronted by vocalist Mickey Thomas scored its biggest hit ever “We Built This City,” in 1985, and then gradually nose-dived.

“It crashed of its own accord,” said Kantner, who returned to the helm a few years later. “I picked up the remnants and put it back together.”

Fiercely political he talked about the coming changes and lack of wise leadership. “They’re (politicians) all stuck in this mold that doesn’t work anymore. It’s going to take something drastic to make it change. Chaos is here and it’s going to get worse before it gets better. Being from San Francisco we’re constantly expecting cataclysm, so it won’t be too much of a problem. But I feel sorry for people who rely on stability for the peace in their lives.

“The Greeks had a good translation of the word chaos long ago. Chaos was a double edged equation, one side was normal anarchy and the other translated as great opportunities at your feet. The Chinese have a double faced ideogram that does the same thing. So a lot of possibilities open up when you have chaos. Something is going to come out of it, and what you do to prepare for it is sort of what we sing about.”

Talking about carrying on the Airplane/Starship legacy Kanter suggested: “I’m just another bozo on the bus trying to figure out what is going on. In all my years I’ve found no answers. I’m just a musician hopefully being somewhat lyrical and elegiac and able to move people.”