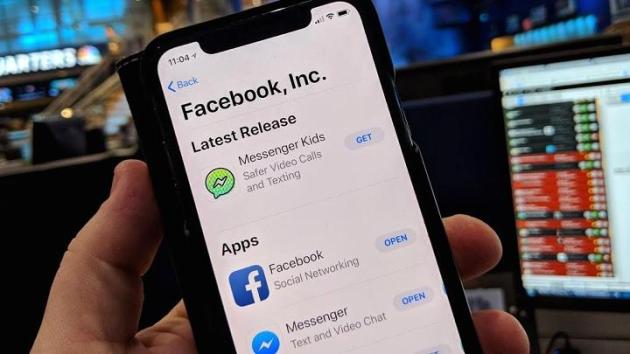 Facebook’s new app, Messenger Kids, which is targeted toward children aged 6-12, is an ingenious ploy to hook kids and expand the company’s global domination. The rollout comes as a former Facebook executive warns the social network he helped to create, is “ripping society apart.”

Chamath Palihapitiya joined Facebook in 2007 and became its vice president for user growth. He says he feels “tremendous guilt” for the influence Facebook has had and its ability to manipulate users. The venture capitalist has banned his own three young children from the site.

Giving children smartphones is like “giving them a gram of cocaine” warns UK addiction therapist Mandy Saligari. “I always say to people, when you’re giving your kid a tablet or a phone, you’re really giving them a bottle of wine or a gram of coke,” she said.

In October in an interview with The Guardian, Justin Rosenstein, who developed the iconic ‘Like’ feature warned that the lure of social media and other apps can be as addictive as heroin and that they are having a noticeably detrimental effect on people’s ability to focus.

“Everyone is distracted, all of the time,” he said. “I think it is particularly important for us to talk about this now is that we may be the last generation that can remember life before.”

The new Facebook app will include a like feature. Will this mean more kids struggling with self-esteem issues because they are not “liked” enough? A 2015 study in the Journal of Social and Clinical Psychology found that not only do Facebook and depressive symptoms go hand-in-hand, but the mediating factor seems to be “social comparison.” People who logged more Facebook time not only had more depressive symptoms, but that social comparison – in any direction – was the mediator, and for both sexes.

Sandy Parakilas, a former Facebook operations manager, wrote a New York Times op-ed in November entitled, “We can’t trust Facebook to regulate itself,” in which he relayed an instance in which the company did not have controls in place to keep another developer from collecting data to “automatically generate profiles of children, without their consent”.

In 2016, the American Academy of Pediatrics released policy recommendations setting strict limits on screen time, particularly at younger ages. Excessive screen time has been linked, in studies, to delayed speech, loss of sleep, and other ills ranging from anxiety to depression to impaired concentration.

“This effort opens up children’s younger and more impressionable brains to serious concerns around attention, addiction, and distraction, which should be a huge issue for any parent,” said Jim Steyer, CEO of Common Sense Media.. “Younger kids clearly represent very inviting targets for the current tech industry arms race for your attention.”

There is also the issue of vision problems. Dr. Robert DiMartino, Professor of Clinical Optometry and Vision Science at the University of California, Berkeley, warns about the effects of overuse of laptop computers, tablets, cell phones, and now iWatches on our vision. He reports several studies have tracked a dramatic increase in myopia, or near-sightednes, among people in Asian countries, especially China.

“Today 90 percent of children and young adults have myopia, according to research. And now we’re seeing the same trend in the west. A growing number of people are becoming nearsighted. And the degree of nearsightedness is becoming more extreme.”

One response to “Facebook’s Campaign to Hook Young Kids”