Why is Hawaii’s Senator Brian Schatz Pushing the 5G Scam? 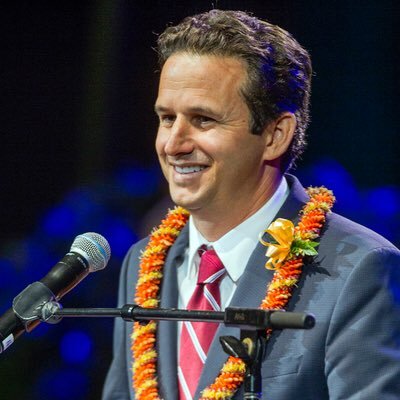 Why is Hawaii’s Senator Brian Schatz pushing the STREAMLINE Small Cell Deployment Act, that is designed to speed the deployment of 5G networks? The 5G network will require equipment to be placed, on average, about 500 feet apart to work effectively within municipalities. Much of the equipment will be on streetlights or utility poles, often accompanied by containers the size of refrigerators on the ground.

Writing to the Federal Communications Commission Dr. Cindy Lee Russell of Physicians for Safe Technology warned about 5G: “As a physician who has worked on a wide range of public health, environmental health and toxics issues for over 25 years I believe the rollout of 5G is not only premature but also dangerous to both humans and the environment.

“For decades people did not understand that non-ionizing radiation could be harmful. The accumulated science of harm from wireless microwave radiation however has confirmed adverse biological and clinical effects. The biological and cellular effects include damage to DNA and mitochondria, stress protein synthesis, cellular damage to neurons, immune dysfunction, creation of reactive oxygen species, reduced melatonin, alternation of nerve cell junction.”

In an article in the August edition of Environmental Research, Russell noted: “Radiofrequency radiation (RF) is increasingly being recognized as a new form of environmental pollution. Like other common toxic exposures, the effects of radiofrequency electromagnetic radiation (RF EMR) will be problematic if not impossible to sort out epidemiologically as there no longer remains an unexposed control group. Because this is the first generation to have cradle-to-grave lifespan exposure to this level of man-made microwave radiofrequencies, it will be years or decades before the true health consequences are known.”

Reporting on the 5G advancement the New York Times revealed the prospect of their installation has many communities and their officials, from Woodbury, N.Y., to Olympia, Wash., insisting that local governments control the placement and look of the new equipment. They say that the cell stations could clutter neighborhoods with eyesores and cost the communities a lot of potential revenue.

“Residents across the country are just now beginning to understand the harms that hasty and insensitive small cell deployments can inflict on their communities,” said Jim Baller, the president of Baller Stokes & Lide, a law firm in Washington that represents municipalities on communications issues.

To get their way, the telecom firms have lobbyists working state legislatures, advocating laws that restrict local oversight of 5G. Since 2016, 13 states have passed bills that limit local control, and several other states are considering similar laws. Wireless companies are also lobbying Congress.

Schatz’s bill would prohibit local agencies from denying the wireless companies’ access to publicly owned poles, rights of way and other structures except in cases involving “safety, reliability or generally applicable rules as to design, concealment and engineering.”

The California Brain Tumor Association has also addressed health concerns. “I have serious concerns about the deployment of the infrastructure for 5G, and if this is federally pre-empted, it will be disastrous for the American people,” said the Association’s Ellen Marks. “5G requires wireless telecommunication facilities every two to eight homes, as it does not penetrate walls and needs this relay system. The infrastructure is unsightly, noisy, a fire danger, will harm property values and is detrimental to our health.”

Scientists for Wired Technology point out: “Using the public’s electromagnetic spectrum, private Telecom companies are being allowed to build a massive infrastructure in our public rights-of-way — a network of powerful antennas, radios and power supplies that will invade our neighborhoods and public spaces, and continually burn through terawatts of electricity — in order to unnecessarily spray large data-payloads, such as HD/4k videos, through-the-air from infrastructure antennas to a variety of devices and back again.

“This is unnecessary because sending HD/4k videos (and Internet data) is accomplished much more directly, securely, reliably and energy-efficiently by installing fiber optic cables to the premises (FTTP).” http://mystreetmychoice.com/press.html

Reporting on the new 5G technology Medium suggests it’s a scam – “just the latest in a long list of scandals by AT&T and Verizon to use the promise of a new technology to get rid of regulations, kill off competition and to raise rates. And this scheme relies on the FCC, not to mention their friendly state and federal politicians, to push it through.”

Bruce Kushnick of the New Networks Institute continues: “5G doesn’t really exist yet and history shows that almost all “trials” are rigged to be ‘successful’ or you never hear about them.”

Kushnick says the plan “is a regulatory play to a) remove all regulations b) allow the companies to take over the state utility wired networks, c) i.e.; have customer-funded networks handed over for private use for whatever they want and d) the FCC’s proposed rules will block any city or state actions.”

“We again face a situation where a new technology is being touted as superior to upgrading the networks to fiber optics, even though 5G doesn’t exist yet as advertised, may never fulfill its projected destiny and requires fiber optics. But now, the FCC is giving companies the ability to dismantle the state utilities and hand them over to an affiliate company — wireless. And there are no commitments of any sort that once they get deregulated they will do what they say.” https://medium.com/@kushnickbruce/5g-wireless-is-the-new-fiber-optic-bait-and-switch-scandal-646246b8f34d