“What we are learning is that virtually every adult disease we have is going to be linked to epigenetic origins,” says pediatrician Dr. Paul Winchester, who conducted a study that linked the pesticide atrazine in drinking water with birth defects. END_OF_DOCUMENT_TOKEN_TO_BE_REPLACED 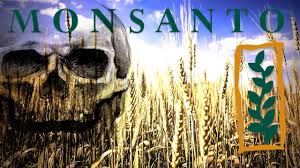 Dewayne Johnson, a 46-year-old former groundskeeper, won a huge victory in the landmark case on Friday, with the jury determining that Monsanto’s Roundup weedkiller caused his cancer and that the corporation failed to warn him of the health hazards from exposure. The jury further found that Monsanto “acted with malice or oppression”.

Johnson was the first person to take the agrochemical corporation to trial over allegations that the chemical sold under the brand Roundup causes cancer. In the extraordinary verdict, which Monsanto said it intends to appeal, the jury ruled that the company was responsible for “negligent failure” and knew or should have known that its product was “dangerous”.

“We were finally able to show the jury the secret, internal Monsanto documents proving that Monsanto has known for decades that … Roundup could cause cancer,” Johnson’s lawyer Brent Wisner said in a statement. The verdict, he added, sent a “message to Monsanto that its years of deception regarding Roundup is over and that they should put consumer safety first over profits”.

The damages included $2.3 million in economic losses, $37 million for pain and emotional distress — $1 million for each year of Johnson’s life expectancy if he had not become ill — and $250 million in punitive damages. The punitive damages were based on the jury’s unanimous finding that Monsanto had “acted with malice or oppression” toward Johnson.

Another Roundup cancer trial is scheduled to begin in the fall in St Louis, Missouri. According to Johnson’s lawyers, Monsanto is facing more than 4,50 similar cases across the US.

The verdict sends a message that Monsanto “acted with reckless disregard for human health,” said attorney Robert F. Kennedy Jr., a member of Johnson’s trial team. “It’s a strong message to the boardroom of Monsanto that it’s got to change.”